Karin Berghammer has worked on more than 20 national and international feature films, television film and documentary projects as producer, head of development and production manager for Amour Fou Filmproduktion, Navigatorfilm, COOP99 and KGP from 2005 to 2018. Among others for: "It happened short before" and "727 days without Karamo" by Anja Salomonowitz, "Into the world" by Constantin Wulff, "TOAST" by Jessica Hausner, "ARIK BRAUER" by Helene Maimann, "Le grand Cahier" by János Szász, "Home is Here" by Tereza Kotyk, "ICEMAN" by Felix Randau and "In der Kaserne" by Katharina Copony.
Karin holds a Master's degree in TV and Film Production from Danube University Krems (2005), was trained at the University of Film and Television in Los Angeles (UCLA) and the Kaskeline Filmacademy in Berlin (1989-1993).
From 2009 to 2020 she participated in various European script development and production programs, including EURODOC, EAVE, MIDPOINT COLD OPEN and SOURCES II.
Karin is a board member of "FC Gloria. Frauen Vernetzung Film" and founding member of "Die ProduzentInnen". 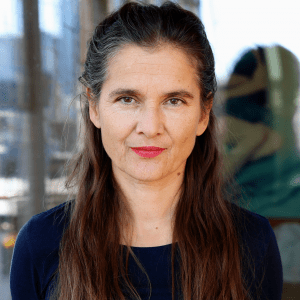 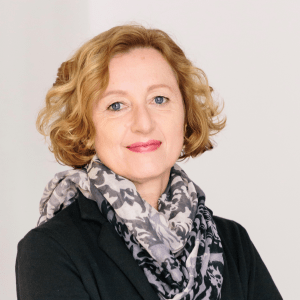 Barbara Eppensteiner was involved in various participatory cultural and media projects from the mid-1980s on. After managing the wienXtra-medienzentrum, which she did from 1997 to 2005, she helped establish the Viennese community TV station Okto. As program director until 2019 she was responsible for formats such as the weekly film program "Oktoskop", for "Das Medienquartett" or mini-series such as "Unter Druck - Zur Mediensituation im CEE Raum". In addition to studying media communication and cultural studies in Klagenfurt, Vienna, London and Berlin, she has completed various in-service training courses on topics such as media and theatre work in socio-cultural contexts or systematic organizational development. Since 2009 she has been teaching in the Interaction Design program at FH Joanneum in Graz. Since 2017 she has been writing regularly as a columnist for the newspaper "kupf".

Assistant To The Producers

After a year abroad in Tel-Aviv, Franzi studied Cultural & Social Anthropology and Philosophy at the University of Vienna, and after graduating in 2017, she added a Master's degree in Journalism with a focus on Visual Communication & Journalism.

Already within her first weeks in Vienna she started working as an editorial assistant in the production of documentaries next to her studies, gaining a lot of experience in the development, research and design of documentary formats. For the film "Die Gerechten unter den Völkern - Retter und Helfer im Nationalsozialismus" (2014) she designed two of the five featured stories of those people honored as "righteous" by the Holocaust memorial Yad Vashem. Together with director Andrea Morgenthaler she won the Silver Dolphin of the Cannes Corporate Media & TV Awards for this work. Subsequently, she gained a lot of experience in organizing film projects as production coordinator. 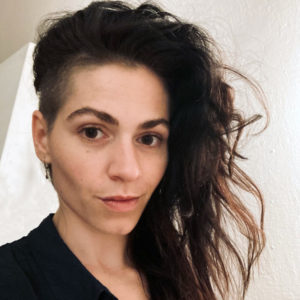 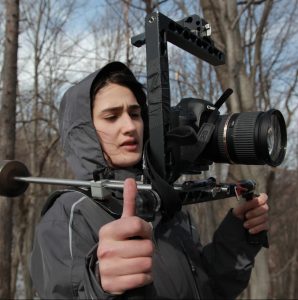 Zorah studies writing and dramaturgy at the Vienna Film Academy.